Gary served with the British Transport Police (BTP) for 33 years. Working in the Criminal Investigation Department (CID), Surveillance and Anti-Terrorism.

Whilst at BTP, Gary was regularly posted overseas as part of terrorist investigation teams. Gary was commended on sixteen occasions during his career for investigative skills and evidence delivery including a Metropolitan Police Commissioners commendation.

As part of the training team for BTP he developed the Behavioural Assessment Screening System training course, which was delivered to colleagues and other Police Forces and Agencies within United Kingdom.

Gary has delivered a range of training for Top2% in the past few years including behavioural detection training (OASIS), Level 1 and 2 surveillance training in Brunei and the United Kingdom for both police and government departments. He has also been involved in the design of the Top2% Railway Safety Accreditation Scheme (RSAS) training course which has been delivered to several train operating companies which, to date, has received exceptional feedback from those who have participated.

This course includes all of the elements of the core RSAS Course but includes the complete behaviour awareness package and provides a deeper understanding of the National Intelligence Model, Community Engagement, British Transport Police Command and Control protocols and Major Incident response. 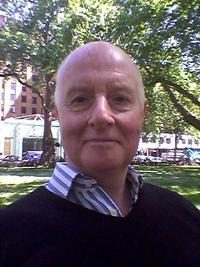