He also served with Her Majesty's Inspectorate of Constabulary (HMIC), and during the latter part of his career with the Home office, both in London. He has a very wide range of policing experience including training, community policing, investigations, traffic, policing major events and national policy.

Steve attended the strategic command course in 2002 and was gold commander for one of the world's largest music festivals (Glastonbury) and introduced neighbourhood policing in his force.

Steve has been influential at a national level. He was the national police lead for prolific offenders, in HMIC he wrote an influential national report on crime recording, and in the NPIA (up to the rank of DCC) he was the national lead for implementation of numerous projects including neighbourhood policing and Europe wide Schengen information system. He delivered the Prime Minister's pledge to introduce national on-line crime mapping.

Steve is a Lead Consultant for Top2% and is involved in the development of the business and recently worked in partnership with the University of South Wales to deliver the Certificate module for an MSC in International Policing and a course on dealing with major incidents.

The MSc International Policing course is a dynamic and operationally focused course which will enhance your understanding and practical application of modern policing models and partnership working around the world.

This course offers a unique opportunity to gain a certificate with the University of South Wales in Policing Major Sporting Events. 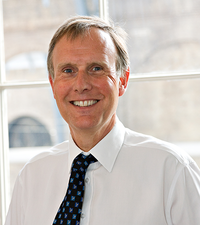